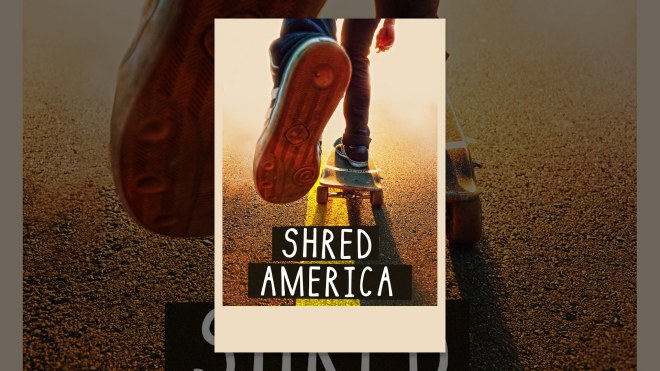 ** So I’ve decided to try something a bit different with this movie review – I’m going to review it in real time, time stamping moments throughout the movie where I stop it to share my thoughts. If you more so are interested in my straightforward opinion without spoilers, then skip down to the END stamp where I give my final thoughts. But I recommend reading this as you watch too, and I hope writing this analysis will invite the reader on a journey much like this film does. Enjoy!**

Skateboarding has been such a big part of my life ever since I was about 13 years old. Since then, I’ve pretty much always had a board and used it for everything from transportation and traveling to sleeping on it when I got too drunk in NYC and missed the train back to dirty Jersey.

After high school, I stopped aspiring to do it professionally and just simply did it because it made me happy, and other skaters I met were always interesting characters. But the past maybe 2 or 3 years I haven’t been skating. And it really didn’t hit me until I recently bought the new ‘Tony Hawk Pro Skater 1 + 2’ on PS4. It sent me back to those high school days, playing the original games and being absolutely OBSESSED with anything skateboarding related.

So I’ve had a case of skateboard fever for the past 2 weeks. I ordered a new deck setup that I’m waiting to be shipped to my home by the end of this week, but while I anxiously await its arrival I’ve been watching just about anything I can find skateboarding related. Amazon Prime Video has a few interesting choices, one of which is this film ‘Shred America‘ – a documentary about a group 4 friends that skate and bike from Chicago to NYC.

So it’s like 3 am, I’m blunted and feeling irie, and am really looking forward on seeing what this adventure has to offer.

I absolutely love the ‘on the road’ documentary style, or anything about traveling or hitchhiking. I spent some time in my mid and late 20s hitchhiking, skating and taking buses around the east coast, from Buffalo, NY to Miami. In Miami, I lived on the beach, skated everyday, worked a job as a dishwasher at a restaurant, and just had the time of my life for a little more than a year. I didn’t make a documentary or anything, and I was really just fueled by an obsession with Jack Kerouac, depression from having to drop out of college because of financial issues, and being increasingly bored with how monotonous my life was becoming.

My life from then on, for about 5 years, was me jumping around, crashing on floors and couches, or sleeping outside a lot. A lot of the times it was hard and I might fall in the trap of romanticizing it at this point, but I think back to it being some of the best years of my life. Everyday was this unpredictable adventure. I was always meeting new people, making interesting friends from all walks of life. I fell in love with the American Wasteland, even the most decrepit parts of it.

I learned so much about life, people and myself being on the road, and I’m hoping this documentary captures a similar sentiment.

So far, I’m really digging this documentary. It’s very well put together. I love the editing in the beginning as the group we will be following are introduced. They all feel like just regular guys, actual skaters that are doing this out of love for the sport instead of trying to exploit it.

They’ve just departed Chicago and are now talking about deciding not to go through Gary, Indiana because they felt it would be ‘unsafe’. They showed footage of what I assume was Gary, IN and it looked like a city in ruins. At first, as the guy was explaining it, I was annoyed. This idea that you could possibly avoid ‘unsafe’ places while taking a trip of this magnitude is ludicrous. But then I realized he was actually revealing something that they were ignorant to prior to taking the trip – A LOT of America, especially the “fly over states”, look like Gary, IN. And being on foot, on board or on a bike will give you a lot more of an intimate experience with it than driving through it does.

I love the scene when they are in the hotel, talking on the phone to the guy on the radio. It captured so well how elders can sort of berate and look down on youth and youth culture. The cut scenes of the DJ lecturing them about how to do things and telling them they are crazy was cringy as hell. When the skater on the phone (sorry, I haven’t learned everyones names yet!) hung up the phone, it was kind of a powerful moment. I didn’t expect it at all, and when he did, I thought to myself ‘hell yeah!’.

Personally, I find what they are doing to be incredibly admirable, no matter how ‘aimless’ someone could argue that it is.

Jame’s story is definitely an interesting one and seems to be the first sign of this movie adding a bit of narrative elements to it. I was torn because I felt sorry for James, but by his own admission he came unprepared for the journey. If your body isn’t used to walking long distances or dealing with hot weather, it can be incredibly difficult to take on something like this.

But the dynamics of the group are sort of revealing themselves and I like that. The guy that stayed behind with James is my hero – he said outright that he brought James along so he would stick by his side. There was even a scene where I think he was splashing water on James to cool him off from the sun, and I thought that was so dope.

They didn’t do a stellar job setting up each person and their role in making the film, but at this point I assume that James is the only one that doesn’t really skate, which seems to have made him a bit of an outsider because he can’t quite keep up. So now that I think about it, the right thing would be to adapt. If the group as a whole agreed he should be a part of everything, then the group has to carry him, or anyone else for that matter.

The scene with the dog was so good! I truly expected them to get their water. I thought to myself “oh, they’re white, they should be fine”. Definitely caught off guard by that scene.

The scene with the washing machine was pretty great. Referring to it as the sword in the stone was genius.

So far this documentary is keeping me really engaged. It’s presenting a lot of conflicts that you actually go through while being on the road like dealing with weather and figuring out where to sleep and how to stay clean.

Halfway through the trip and the film is still very interesting. Each character and the dynamics as the group as a whole get a bit more examined. Jame’s story of transformation, while cliche, was touching in a way. And Arthur eating it while bombing on the hill was pretty fucking gnarly.

What is truly swooning me is how well shot and edited the movie is. There are beautiful scenic shots that truly capture America. And I love the development of the group.

I’m over here dying laughing at the swollen anus bit.

So, final thoughts – I absolutely loved this movie. As a skater it really represented the culture well, without being so heavily about skating that viewers that don’t skate couldn’t relate or enjoy it. When the gang makes it to Philly, the film showcases a small part about Love Park that I thought was absolutely incredible; they captured a small slice of skateboarding history that most people don’t know about, and many may soon forget.

The general production and editing was also fantastic. It covers the journey chronologically while also building brief side narratives that invites viewers into the adventure with them. Various editing and narrative techniques were used to keep the movie from ever feeling repetitive or boring. And clocking in at 1 hour 32 minutes makes for a perfect run time.

I highly recommend this movie to anyone that loves skateboarding, travel and/or documentaries. It captures the heart of America in such an honest way and even provides a story of transformation and perseverance.

As of Wednesday May 5, 2021 it is streaming on Amazon Prime Video, free to watch for those with a Prime membership. Definitely check it out!